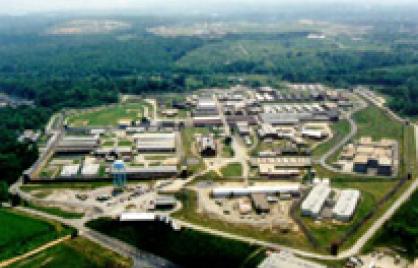 District of Columbia Mayor Anthony Williams and Department of Corrections' Director Odie Washington and Corrections Trustee John Clark are announcing along with city officials, the closure of the Central Facility. The briefing will be held inside the Administration Building located on the grounds of the Lorton Correctional Complex in Lorton, Virginia.

Central Facility is the last of seven Department of Corrections prisons closed as part of a comprehensive plan to stimulate economic revitalization in the District of Columbia. In 1997, Congress ordered the District's sentenced felons to be transferred to correctional facilities operated or contracted by the Federal Bureau of Prisons and that Lorton be closed by December 31, 2001. The closing of Central Facility puts the Department more than a month ahead of schedule.

"We have only been able to reach this historical milestone through the dedication and sacrifice of many people over the past four years and to them we owe a debt of thanks," said Director Washington. "Closing the Lorton Complex has been a very long, intense and oftentimes difficult process, an endeavor never before attempted in this country. It involved transferring over 10,000 inmates to federal prisons across the country and reduction of staff affecting approximately 2,500 employees. While in the midst of these dramatic changes, this agency successfully met the mandate of the Revitalization Act without major incident.

The Central Facility was built in 1914 to house adult male offenders. Central Facility was the Department's primary programming prison, with vocational, industrial, and specialized academic opportunities available to the inmate population. It had an operating capacity of 2.066 inmates. Other facilities closed at the Lorton Complex were the Minimum Annex (female), in March 1998; Occoquan Security Facility, May 1999; Minimum Security, closed two months ahead of schedule in July 1999; the Youth Center Facility, closed ahead of schedule in January 2000; and Maximum Security, also closed ahead of schedule in January 2001. Two prisons at the Lorton Complex were closed prior to the Congress mandate - the Modular Facility in 1995 and Medium Facility in 1997.

The Department of Corrections will now focus on becoming solely a municipal detention system which includes management of the 1,700-bed Central Detention Facility (DC Jail), contracting the private Corrections Corporation of America and various halfway houses, and providing services for a total of 2,500 to 3,000 offenders.